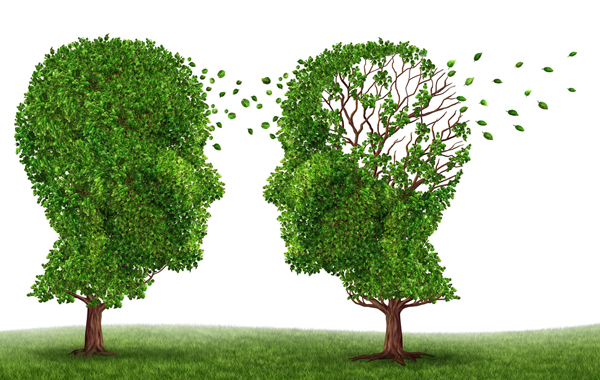 Linda Kellar seemed too young for dementia, the slow-forming disease that erodes the memories of people usually much older than the then-54-year-old housewife.

But in 2009 that’s what doctors found to be the cause of Kellar’s severe agitation, memory loss, sleepless nights, babbling and hallucinations.

Kellar now spends her days at Keswick Multi-Care Center under constant care because of the disease, which has progressed steadily since the diagnosis. Her husband, Arnold, knows that dementia will eventually take his wife’s life. His only hope is to make her last years as comfortable as possible.

That’s why Kellar is found sometimes pacing her room wearing headphones, listening to the Beatles and other music of her generation. She is one of five patients at the assisted-living home using music therapy to help with symptoms of Alzheimer’s and dementia. The hope is to eventually use the technique for all 272 patients at Keswick.

While it won’t restore the memories of patients, listening to melodies throughout the day can help them to cope better.

“I know it’s not going to cure her, but if it has the chance of making her life a little better, I thought it couldn’t hurt,” Arnold Kellar said. “You want somebody to have a certain quality of life.”

Studies have found that music can tap into dormant memories, reminding people of good times in their life. That in turn can calm patients and reduce anxiety. Energetic music may provide an emotional boost and make despondent patients more social.

Listening to music may also release endorphins that help with pain, stress and depression, according to dementia.org.

And the familiarity of the music may make elderly people feel more secure, according to the American Music Therapy Association Inc.

“Because dementia patients lose new memories, everything seems like a new experience, which can cause anxiety.” said Dr. Daljeet Saluja, the medical

director at Keswick. “Every time they see someone, it’s like meeting someone new.”

Music therapy has recently become popular in senior homes and other medical facilities, where it is also used to treat depression, autism, stroke and other brain conditions.

U.S. Rep. Gabrielle Giffords learned how to talk again partly with the help of music therapy. Giffords couldn’t speak because language pathways in the left part of her brain were damaged. Her music therapist told ABC’s “Nightline” that by layering words on top of melody and rhythm, she trained her brain to use a less-traveled pathway to the same destination.

Jane Haynes, a registered nurse and director of education

and staff development at Keswick, decided to bring music therapy to the North Baltimore facility after learning about it at a conference. She watched the video of a New York man so dispirited that he wouldn’t even communicate with his daughter. After listening to Cab Calloway, the elderly man’s whole demeanor changed, Haynes said. When asked questions after listening, he was much more engaged.

Keswick has tested the concept of music therapy on a handful of patients for six weeks and found success. One man was able to stop taking sleep aids because the music helped calm him and his nights have become less restless.

Kellar also seems calmer, paces less frequently and sleeps longer than she once did, Haynes said. The petite woman isn’t able to interact much with others since her disease has progressed, so she can’t say how the music makes her feel. But she didn’t want to remove the headphones one day recently when asked by staff.

said its best to use music that is familiar to people. Most people remember tunes from childhood or their 20s, they said.

“What moves me may not move you,” Haynes said.

The music can be used to help seniors with activities, such as getting dressed in the morning or as they are readying for bed at night, AARP said.

Keswick has patients listening to the music through headphones to help block out outside distractions. It’s also more personal, Haynes said. Music therapy has also worked using radio, record and CD players, and other methods.

“We hope this will eventually help all of the residents of Keswick,” Haynes said.

On behalf of our Dora Bingrl Senior Center participants, I thank you from the bottom of our hearts for your generosity in blessing us with the gift of music! Recently we’ve had the pleasure of having Billy Troy here and John Worsham; they are top notch! But then again, all your entertainers are. Our hearts get so full with the blessing you provide, that it sometimes spills out of our eyes!!

Our folks love the variety, the engagement, the feel-good moments that your entertainers provide. This senior center has been here for 25 years, and I even have some 2nd generation participants who used to bring their mothers! These “kids” are now in their 70s!! They never tire of the special feelings they get when being sung to. God bless you for all you do in caring for our older adults in this community and across the state!

It truly warmed my heart to see Michael Lyon literally reach out to each and every resident.  Perhaps unbeknownst to him he sang to the sweetest 103 year old woman I’ve ever met (she’ll be 104 next month!).  He also gave his attention to a beautiful lady stricken with the crippling effects of a stroke.  I know she felt like a princess for that moment!

I didn’t want to take a nap today because I was afraid I would miss seeing Michael Lyon.

God Bless you all!!!

There is no way I can thank you enough for the smile that you put on my Moms face. God Bless you all!!! Please keep up the good work.

I have always believed in the healing power of music, but after working at Hospice House and getting the opportunity to work with the Merrymakers performers who come here, I know without a doubt just how powerful music can be. A resident had not been very alert in the morning before Bob and Ardeth’s performance, but as soon as he arrived and heard the old songs he had loved so much in his younger days, he was smiling and tapping his toes to the music. By the end, he was even singing along! What a wonderful thing for him; and what a wonderful thing for his daughter, who was with him for part of the performance, to see!

Each song is a gift for a parent, a sibling, a friend. Help us continue to deliver professional music to those who benefit the most from it.