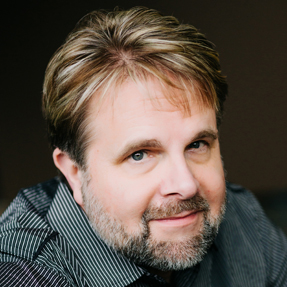 Born in Fort Worth, Texas to a Baptist minister father and an English teacher mother, John Worsham began singing at a young age in church and school.

John’s first recording experience was at the age of 17 in Falls Church, Virginia. Fresh out of Fork Union Military Academy, he worked with Mike Auldridge (Seldom Seen, Linda Rondstadt) on a recording project with Allen Griffin. During those sessions, Allen recorded two of John’s songs, “I Should Know” and “Outta My Way”.

After playing solo and in various bands throughout his teens, John then went on to college in Nashville, Tennessee at Belmont University. At Belmont, he worked with various musicians who would go onto successful careers of their own: Jim Olander (Diamond Rio), Chris Rodriguez (Keith Urban, Kenny Loggins, Michael W. Smith), Dan Huff (Faith Hill and Madonna), Michael Mishaw (Natalie Cole, Michael Bolton), and Wade Jaynes (Amy Grant, Boz Scaggs, and Randy Newman) to name but a few.

After college, John wrote for the RokBlok music publishing company owned by Steve Gibson (England Dan & John Ford Coley, Michael Johnson, Martina McBride, and Lynn Anderson). John wrote for a division of the company called Sterling Music owned by Michael Snow (Bee Gees, John Lennon, George Harrison). It was under the tutelage of Mr. Snow and Mr. Gibson that John began writing his best material up to that time. While at RokBlok he also worked with other artists including Tom Kimmel and Kathy Mattea.

In 1987, John walked away from music and for the next 10 years did no performing or writing. During that time, he was a waiter, banker, stand-up comedian, and hairstylist.

After moving to Omaha, Nebraska in 1999, he began to have the itch to want to write and perform once more. John then decided to go full steam ahead into performance, writing, and recording again.

Following the death of his Father, and a divorce soon after that, John released “Hearsay” in 2007, a collection of songs that reveal the stages of emotion during the process of divorce and loss. It was welcomed with great critical and audience acclaim.

His CD, “Christmas This Year” came out in September 2010, and included classic Christmas songs, as well as originals by John. In 2012,”One More Sunset” was released. This CD was John’s tribute to Brazilian influences in his musical past.

John has performed many times for local icon Warren Buffett, various senators, congressman, as well as other local and national luminaries. John is a member of the American Federation of Musicians Union, Local 70-558, in Omaha.

We're sorry, but all tickets sales have ended because the event is expired.