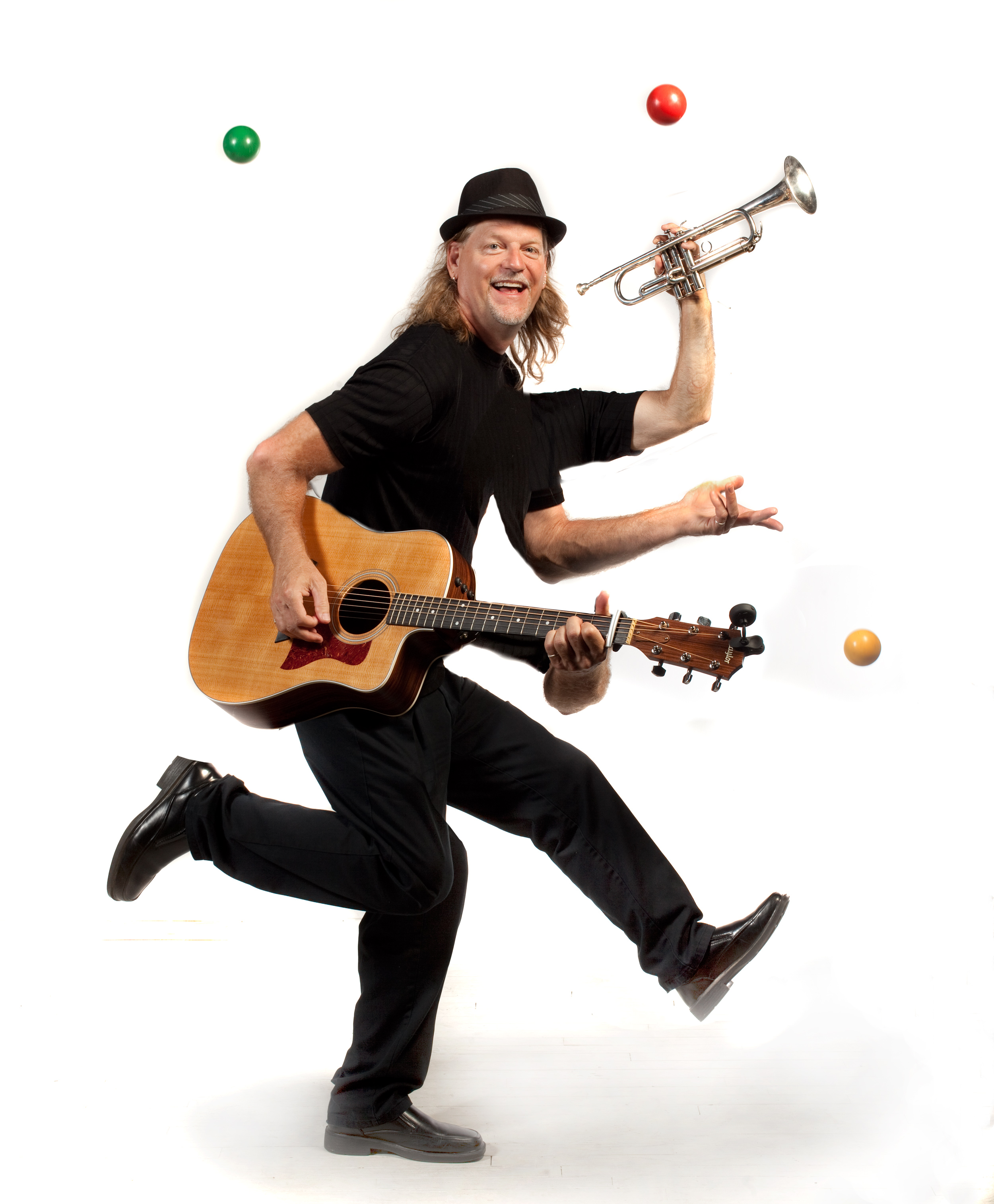 After several short stints in local Nebraska and South Dakota based bands, he headed to the Twin Cities in 1990 to make his mark. He stuck with a band called the Rockin’ Hollywoods, until the lure of going just solo finally made too much sense. As of May 2013, he is a full-time

solo act, with shows aimed at 3 distinct(usually) markets -1)Seniors, 2) Children/Families, and 3) corporate/adult party work; but some of his material works in any venue… At a typical Seniors’ Show he puts to work his multi-instrumental ability by playing piano, guitar, trumpet,

sax, and harmonica. That’s right – all in an hour show! But you also usually see some juggling and possibly a magic bit or two. After 5 years doing this show, he’s got plenty of material(though he’s always looking for more), and there honestly is never a dull moment. You’ll see when you have “Woody” come to your next event.